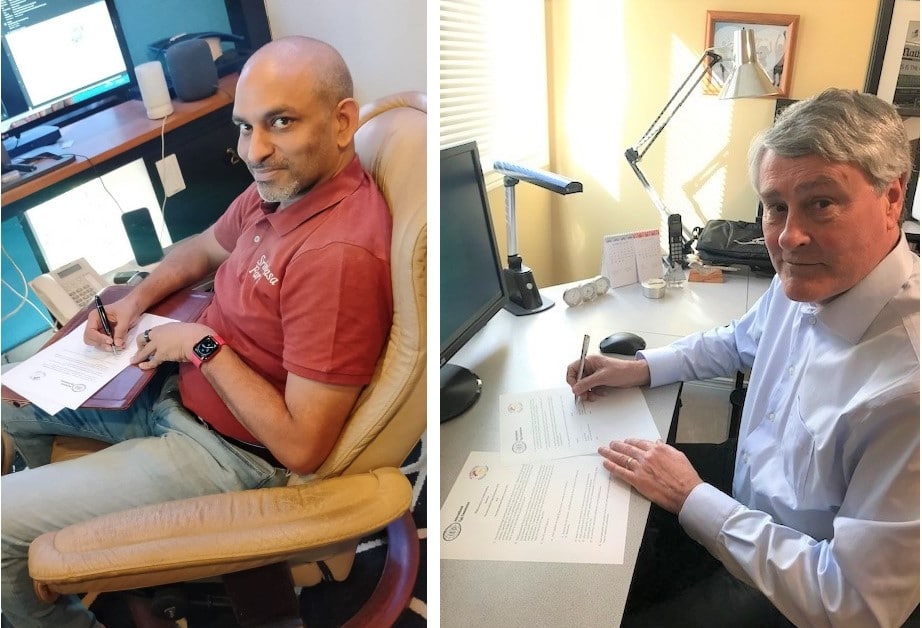 The International Egg Commission (IEC) and International Poultry Council (IPC) have signed a renewed Memorandum of Understanding (MOU) to strengthen their longstanding relationship and support continued growth in the egg and poultry industries.

This agreement stems from the excellent relationship that has always existed between the two Associations and which has strengthened in recent months, aware that in facing the challenges that will arise in the coming years, unity will be strength.

The poultry meat and egg sectors have many points in common, starting from the sustainability profile, the best of all Animal Sourced Foods, and they share numerous challenges for the future, first of all Avian Influenza.

Teams of our two Associations will immediately work to transform the contents of this agreement into concrete actions for the good of our two sectors.

About the International Egg Commission
Established in 1964, the International Egg Commission (IEC) is a not-for-profit organisation that represents the egg industry internationally; it has members in around 80 different countries. Its members include national egg associations, egg farmers, egg graders and processors around the world. Part of the role of the IEC is to provide information to assist with national and international decisions and policy making, it does this through its membership, its publications, and liaison with other international organisations, including; World Organisation for Animal Health (OIE), World Health Organization (WHO), Consumer Goods Forum (CGF), and the United Nations’ Food and Agriculture Organization (FAO).